Break out of the studio and broadcast on location. Cover on-the-ground news stories or special events using your iPhone and the iziCast app.

Written by Lucy Rowe
Updated over a week ago

Modern mobile phones have everything you need to broadcast on location. iPhone or iPad users can capture their surrounding audio and send it straight to their Radio.co station by using the iziCast app (£6.99/€7.99/$7.99).

Alongside this, iziCast offers has features to control your radio station as normal, but from your iPhone or iPad.

This guide will show you how to set up iziCast with your Radio.co station and how to use its essential functions.

iziCast is an easy-to-use and affordable iOS app that works with Radio.co stations.
It can:

And for the technical details, iziCast can:

So if you want to broadcast on location, iziCast is a useful app to have!

How To Connect iziCast With Your Radio Station 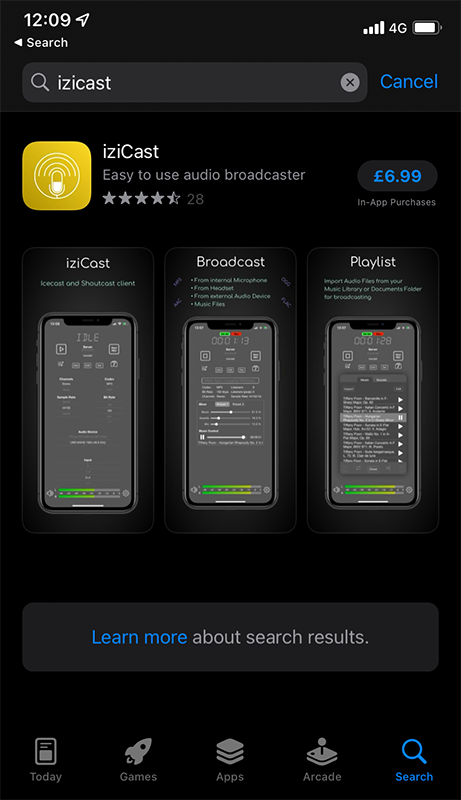 Once downloaded, open up the app and click the add button: 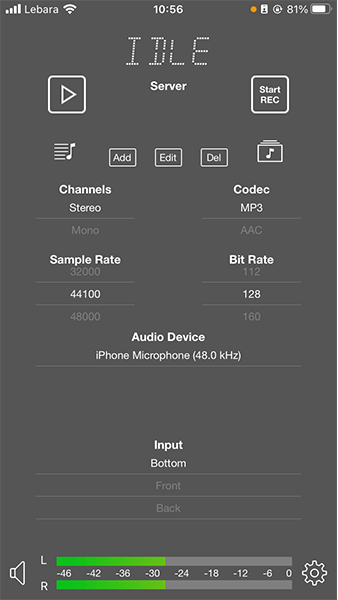 This will open up a settings window. You don't need to worry about all of the settings. Only 4 fields are essential to connect your radio station.

The first detail to complete is the server name (highlighted in blue), this is just your radio station name.

The other 3 details (highlighted in green, yellow & pink) can be copied straight from your Radio.co dashboard. They're found under connection settings (if you can't see them, try clicking the Live tab). It should look something like below: 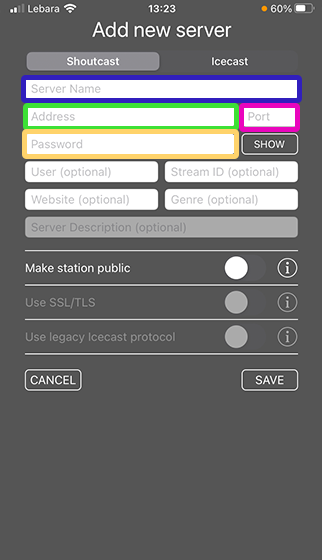 Once you've completed the details, hit save.

Now you've added your radio station, you can go live via iziCast by pressing the play button within the homepage of the app.

How To Connect a USB Audio Interface To iziCast

You will need a Lightning to Camera Adapter (like below) to connect your USB Mixer or USB Audio Interface to IziCast.

Plug the Lightning to Camera Adapter into your iPhone or iPad. IziCast will flash while it scans your mixer/interface.

Once it's finished scanning, your mixer/interface will appear under Audio Devices.

Select your mixer and then select the input.

And voila! You're ready to broadcast your mixer's output through iziCast.

How To Play Music & Sound Effects through iziCast

By clicking the music icon on the left (and under the play button) you can import songs from your device into your music library.

From here, you can change the playing order and repeat and shuffle your songs.

If you click over to sounds, you can add sound effects to the on-screen soundboard.

This means you fire off things like jingles, idents and promos at the touch of a button whilst on air. 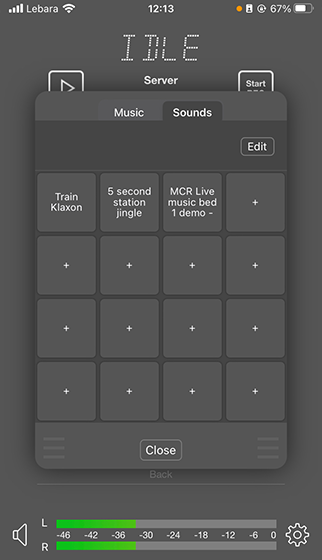 How to Broadcast Live on iziCast Using Your iPhone or iPad

In iziCast, press the play button to go live. It’ll take a few moments to connect.

Once live you’ll see a duration timer and a green On Air sign appearing in iziCast.

Over on your Radio.co dashboard, you'll see the On Air button.

A green 'On Air' button appears in iziCast once you're live, and in the Radio.co dashboard the red button switches to say 'On Air'

To end broadcasting through iziCast, press the stop button. Your radio station will now be streaming as per your Radio.co schedule.

How To Adjust The Levels In IziCast

When live, iziCast lets you adjust the levels of your mic, sounds and music, using the mixer box that pops up.

Adjust the volume fader of the music, sounds and mic to get your mix just right.

By default, iziCast will use the in-built microphone of your iPhone or iPad as an input.

That means it’ll broadcast whatever your device is picking up. So to mute your microphone, put the microphone fader down to 0. 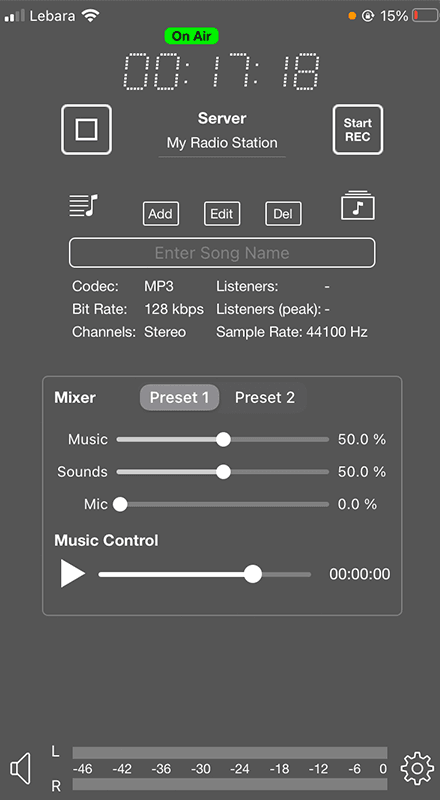 How To Record Your Radio Shows On iziCast

To record your show, just hit "Start REC" in iziCast in the top right of the screen, and hit "Stop REC" when you’re finished.

The red 'REC' symbol means your radio show is being recorded.

Alternatively, in settings you can turn on the function to automatically start and stop recording. 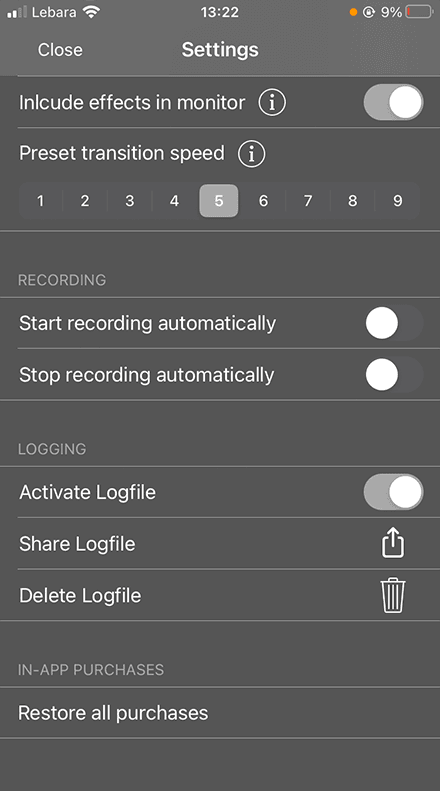 Your recorded show will be saved within the app, under the Recordings icon directly under the 'Stop REC' button. Recorded shows are saved as mp3s and can be shared via apps like Mail, Airdrop, Messages, WhatsApp etc. 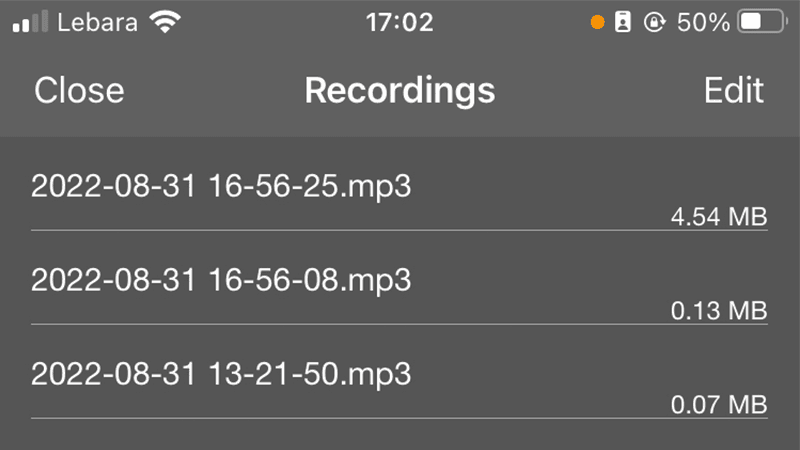 iziCast shows the date and time you made a particular recording, along with its size.

Broadcast from Your iPhone Anywhere

Using iziCast, being able to broadcast from your iPhone is a breeze. The app has the core functionality, but isn't too complex. But if you need any help at all, reach out to our friendly support team at help@radio.co

Did this answer your question?